Is Your Retail Business Ready to Thrive in the New Retail Omnichannel Economy?

The Straits Times: Create shopping experiences that stands out to draw customers back

Understanding the Top 3 Consumer Categories for E-Commerce in China

3 Methods to Enter the Chinese Market

Walking into Digital Transformation - The Journey of Brands

The Consumer Journey - What is it, and why is it important to me?

How to ’S-hook’ your customers through live-streaming?

Endless Opportunities Online — How to make money from shopping? 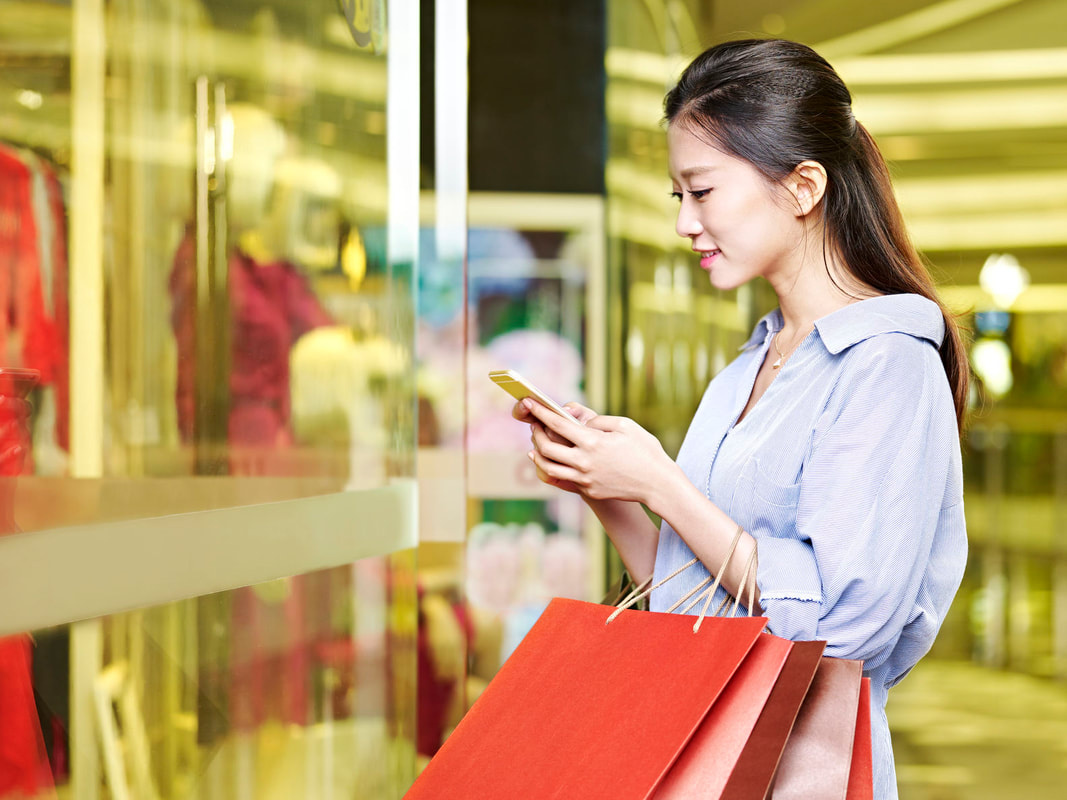 Over the years, the growth of the Chinese economy has shown signs of cooling. Despite that, China is still adding an equivalent of "an Australia" to it's GDP each year. This not only indicates the growth of the middle-class population, but also the increasing affluence of this Chinese middle-class. Sales records are constantly being broken, with the recent 6/18 Mid-Year Shopping Festival even breaking the record set in last year's 11/11 Global Shopping Festival.

Here are five trends that are shaping the demand of Chinese consumers, and what it means for you as a foreign brand owner. 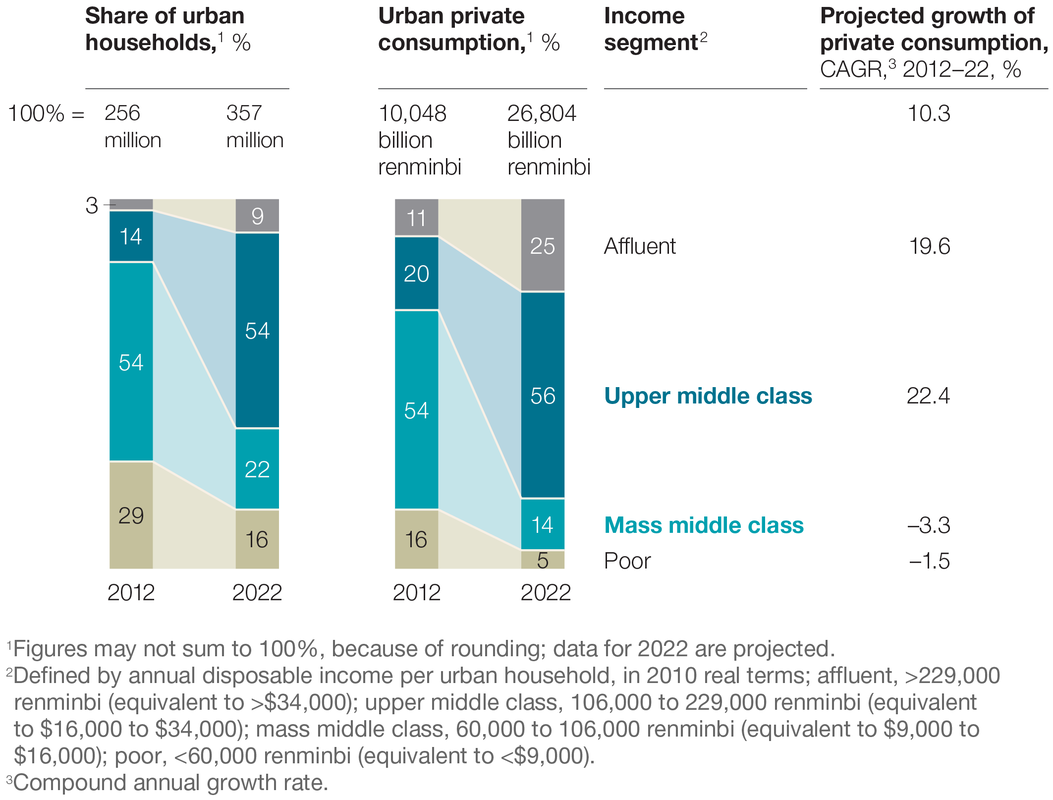 The Chinese middle-class is defined as an urban household that earns between US$9,000 - US$34,000 a year. Based on a McKinsey research, the proportion of poor households is projected to be reduced from 29% of the population in 2012, to just 16% of the population. At the same time, the proportion of households defined as the upper middle-class to affluence will increase from 17% in 2012 to 63% by 2022.

What this also means is that the disposable income that the average household has outside of their necessities is expected to increase. Along with the increasingly discerning taste, consumers are increasingly eschewing cheaper and lower-end products, and looking for higher-quality, and often foreign brands and products.

2. Increased Spending in Tier 3 and 4 Cities 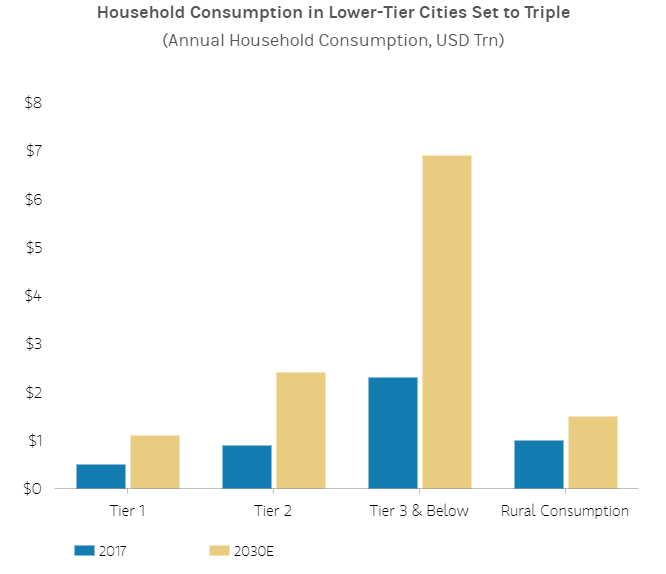 While Tier 1 and Tier 2 cities tend to be the common entry points into the Chinese market, a majority of the Chinese population still reside in Tier 3 cities and below. Corresponding to the growth of the Chinese economy, most of the growth is expected to be located in Tier 3 cities and below, with Morgan Stanley's estimating the household consumption of lower-tiered cities to triple between 2017 and 2030. In the recently concluded 6/18 shopping festival, social commerce platforms such as as Pinduoduo reported 70% of sales coming from Tier-3 cities and below, indicating the untapped potential for new, foreign brands entering the market.

3. The Power of Social Commerce 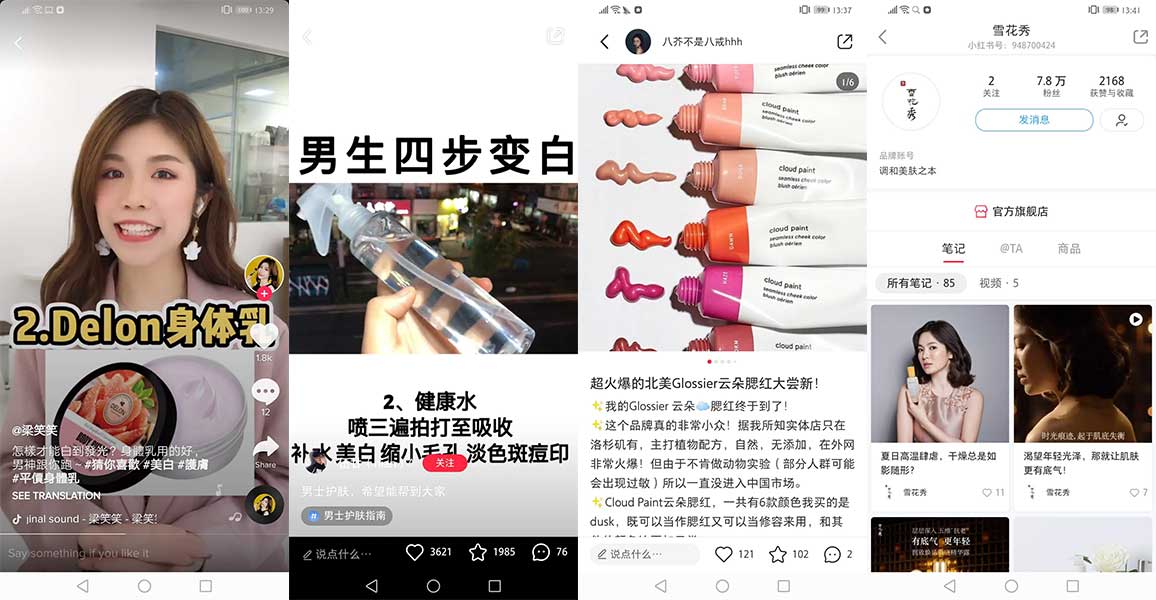 By 2020, China's social commerce market is expected to hit US$150 billion with 24 million merchants onboard the various social commerce platforms. In a nutshell, social commerce is the usage of social media tools for the promotion, marketing, and sales of goods and services. 小红书, or RED, started off as a photo-sharing social platform with a focus on foreign beauty products, allowing its users to discover new brands and products through the lens of key opinion leaders (KOLs) or influencers. With more than 30 million monthly active users (MAUs), RED has now evolved into a platform that brings together the visual, social aspects of Pinterest and Instagram, with e-commerce functionalities to make for an entertaining, yet seamless consumer journey for its users.

From cadium-tainted rice to melamine in milk powders, China is no stranger to health and safety scares. The issue of counterfeit cosmetics is also not uncommon, with harmful materials such as heavy metals and impurities often being present in counterfeit products. The fear of counterfeit goods, especially goods that are of consumable or topical nature that can cause real harm to one's health, has resulted in consumers turning to credible cross-border platforms such as T-Mall, JD.com, or Xiaohongshu to look to foreign goods, often deemed as being of higher safety and quality.

With the growth of the demand for foreign goods, and the strict requirements of the direct importation of foreign goods, the Chinese government has also loosened cross-border e-commerce policies to encourage foreign investment in the country, while meeting the demands of its increasing consumer population. Since January 2019, the Chinese Ministry of Finance has announced the following changes to its cross-border e-commerce regulations:

What Does This Mean for Your Brand?

With the rapid growth of demand for international brands and products, coupled with the introduction of new cross-border e-commerce policies, there is no better time for brands to enter the Chinese market.

Join us at the Alibaba Global Course Series (AGCs) to learn how you can expand your global footprint with cross-border e-commerce from top Alibaba trainers and practitioners. Find out more about the AGCs right here.

3 Methods to Enter the Chinese Market

Walking into Digital Transformation - The Journey of Brands